We spent a couple of days in Bologna in route to Venice. We had heard good things about the city and were not let down. While the city might not have the historic draw of other cities, it definitely has some really good meat and cheese. We ate copious amounts of both while there and took it easy as far as sight seeing goes. We wandered around the city enjoying the porticos along every street and the laid back feel the city had. It was nice to enjoy a place that was not so packed with tourists all jockeying to get a picture.

As we took it easy on the site seeing, I figured I would try to put together a series of arches/porticos. So here are the pictures.

Caitlin getting jealous of all the portico pictures 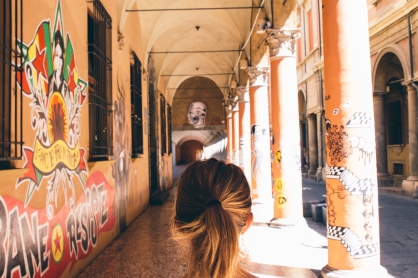 Where we stopped to have a meat and cheese platter.

What? I too was confused at the mural copying Diego. 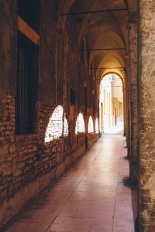 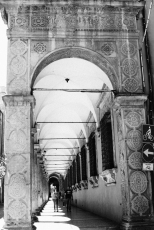