I’ve decided to split the pictures of Uzbekistan up into two sets. The first will highlight the architecture. I was so excited to see the architecture as I used it repeatedly in history class to show the merging of cultures along the silk road. Samarkand at one time had been the capital of Timur the Lame who had a loose connection to Ghenghis Khan. Many of the buildings needed massive reconstruction as they had fallen into disrepair.

Traveling to Uzbekistan felt a little bit more off the beaten path, while there weren’t many tourists around we managed with some broken Russian and miming with a bit of English. We were surprised by the Russian influence in Uzbekistan, while we knew it had been a Soviet state and there are continued friendly relations we didn’t expect to have such an influence. I’ll leave you with the following images, they are just a small part of the beauty that the country possesses. 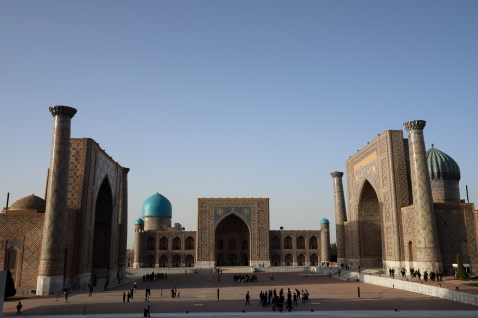 The Registan in Samarkand. It was so cool to see it smack in the middle of the city.

The tile work was stunning. Inside one of the courtyards. Many of the alcoves were filled with stores.

Caitlin patiently waiting as I took photos. You can only imagine I took a lot. Inside one of the mosques. To either side of this room were more shops. 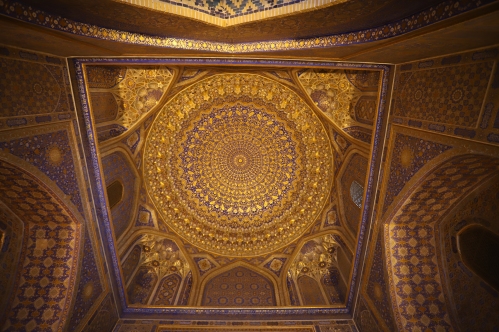 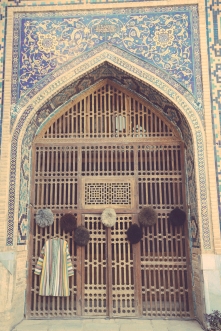 From the top of the minaret. 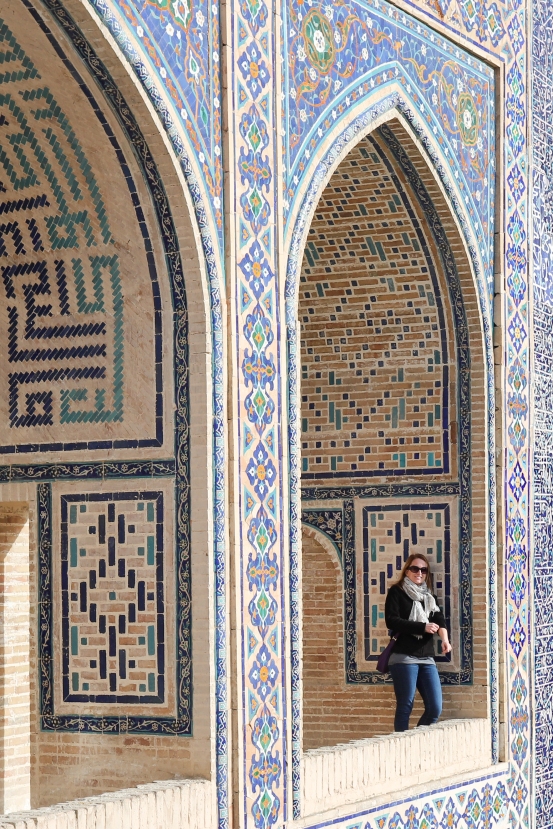 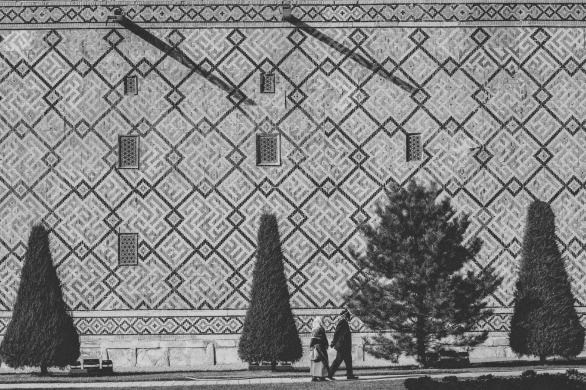 The geometry of the decorations is extraordinary. The tomb of Gur-e-Amir. The tomb of Gur-e-Amir.

Close up of the wood work.

Honey comb architecture similar to that of the mosques in Turkey and S. Spain.

Exterior of Gur-e-Amir’s tomb. We were impressed by how few tourists we saw.
Advertisement