Greece was the first stop of our winter break. It was not part of the original plan, but when we saw that the flight we were going to purchase to Egypt went through Athens, we figured why not. So Athens kicked off our winter break of see seeing ruins and other old things. As you can imagine, Caitlin was super excited as so much of Western Art History has some connection to Greece.

So naturally we our time checking out the Agora and the Acropolis along with the museums pertaining to Ancient Greece. Caitlin bounced between telling me everything you could possibly want to know about each site and listening to a Rick Steves podcast that told us everything else we could possibly have wanted to know. This was the warm up for the rest of the temples we were going to see.

Of course in-between sites we also enjoyed the cuisine and I found myself constantly feeling like I had eaten too much and wishing I had stretchy pants. Regardless I couldn’t say no to any dish as I knew we only had a couple of days. We also reinstated our mantra of “If there is a line, get in it” which resulted in some great gyros and souvlaki. If you click on the pictures there are further descriptions of our trip. 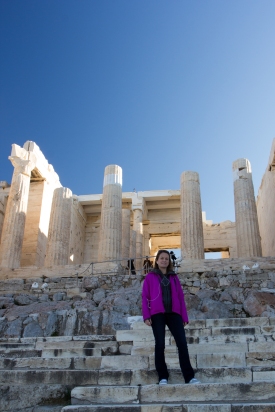 Panatheniac path up to the Acropolis. Caitlin was geeking out as she taught this repeatedly to her students. This would be the theme for much of the trip. 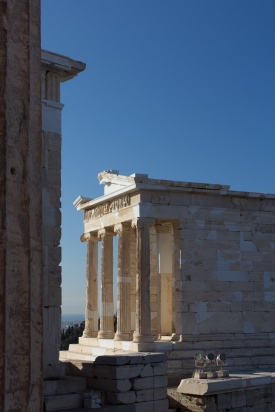 Caitlin taking the Parthenon in. 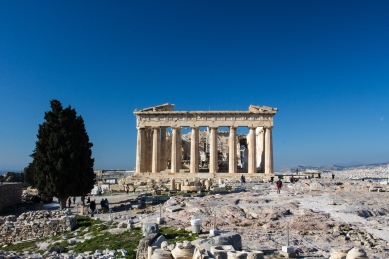 The upside to visiting the Parthenon in the winter is there were a lot fewer tourists as can be noticed.

The downside is that it was kind of cold.

The Caryatids on the Erechtheion. You can only imagine that I made multiple jokes about this.

People going through old records in the background.

The view of the the temple of Hephaestus in the Agora.

Couldn’t go inside this one but it was in better shape than the Parthenon. Probably because it was never used as a warehouse for gunpowder and ammunition. 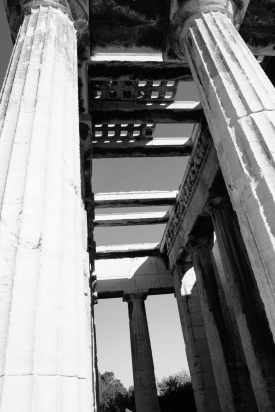 So many lines to chase

Stoa of Atallos. Rebuilt in the 20th century but was originally designed to provide shade for people to hang out and talk. Apparently the columns are smooth at the bottom to allow people to lean on them, which was encouraged here but different at temples where the fluting extended to the floor.

Wandered into a meat market, spice market as we tried to navigate the crazy old streets of Athens.

I went out to Mars hill at night and snapped a couple of photos of Athens at night.

Acropolis at Night from Mars hill. 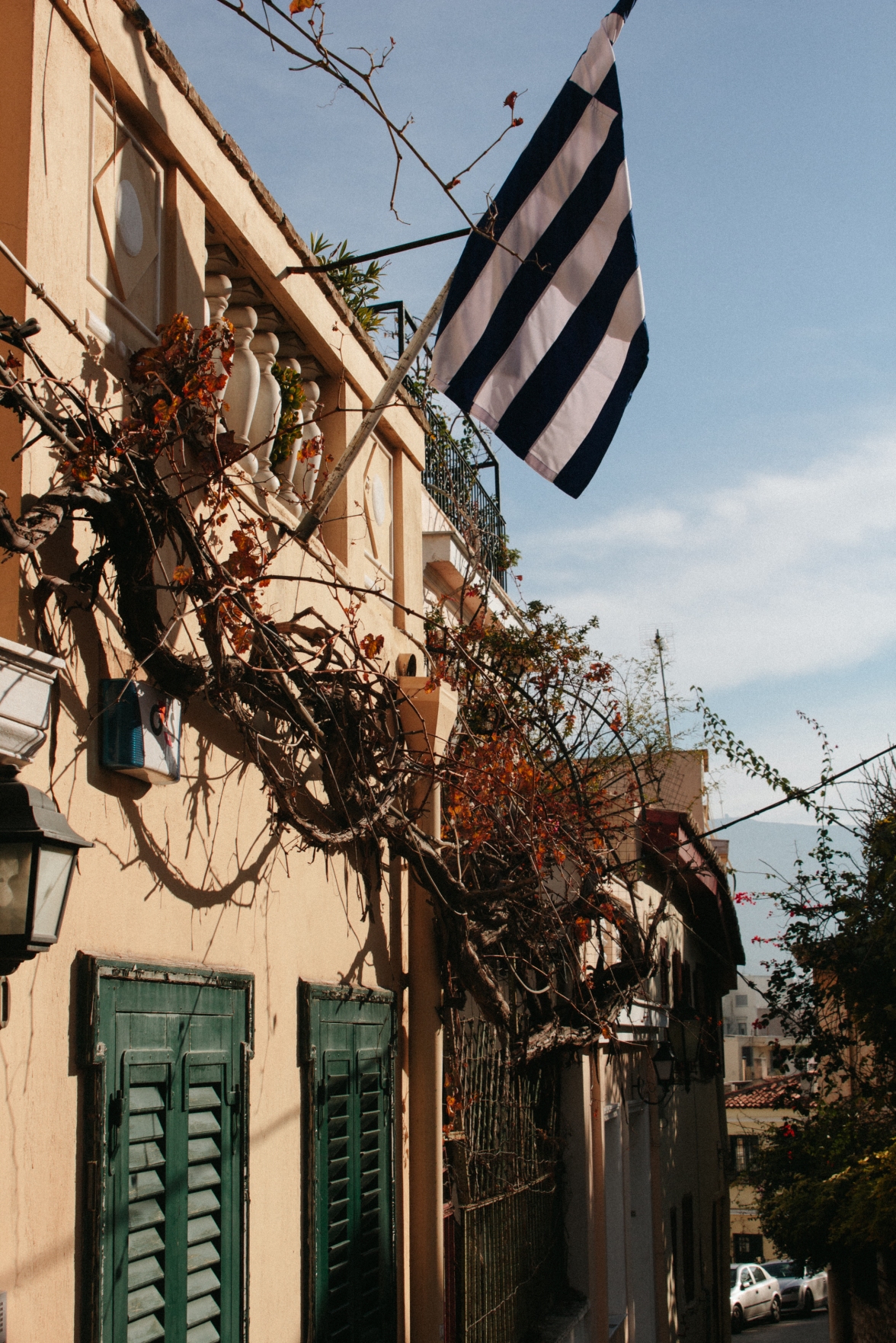 One thought on “Athens, Greece: The Start of a Vacation full of Temples”