While in Florence we decided to take a day to go to Pisa to see the leaning tower. It’s just a short direct train ride from the major station in Florence.

The day turned out to be a beautiful one with great clouds for taking pictures. After taking a few snaps, we wandered around and saw the church, tower and baptistery although we only decided to go into the church. We didn’t feel like waiting in the long line and paying the high price to go up the tower. While I am glad we went and saw the tower, when we got to Bologna and Venice, we realized there are all sorts of towers in Italy that are leaning. Just not all are as beautifully white.

Pisa as a town didn’t have a whole lot else to explore. We spent a few extra hours in Pisa as there was a potential strike of train workers for two hours. What we didn’t realize was that this was a ‘potential’ strike which didn’t actually happen. So we managed to get back in time but a little later than we expected.

Both the church and the tower are leaning but the tower has more land going.

A view from the Bridge. Reminded a bit of Amsterdam from this angle.

Caitlin on the bridge. 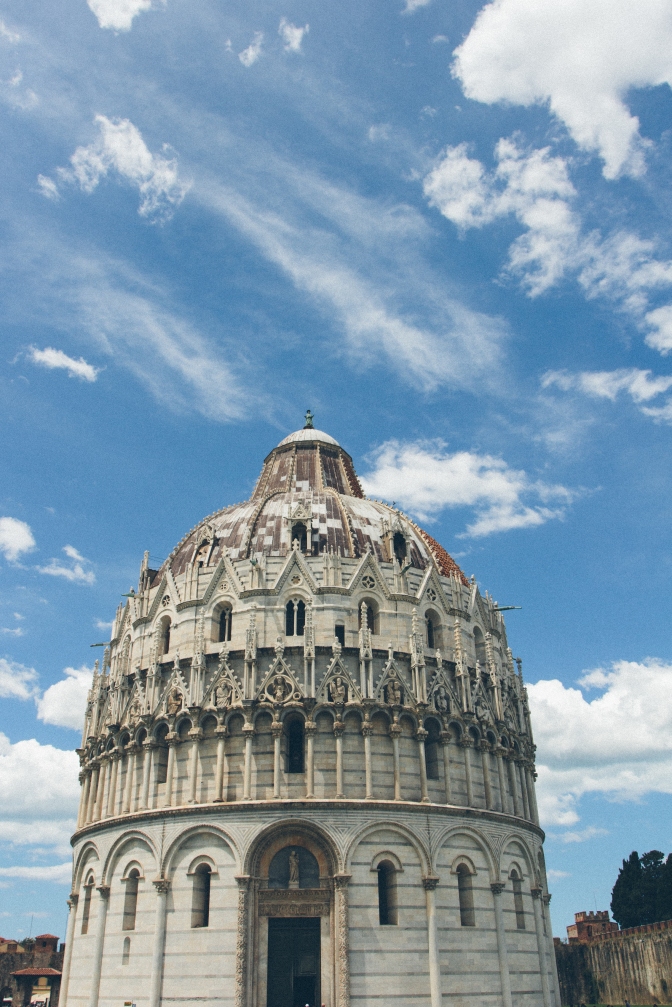 Realized I hadn’t been posting many pictures of us.

A view of the Cathedral with the clouds above.