February 2, 2012June 5, 2014 • Caitlin
Large-scale coil pots weren’t the only thing my students worked on during 2nd quarter. They also spent time on what I called a “World Culture” project.
Each student chose a culture from around the world or from a time in history and researched the importance of ceramics in that time and place.
They were expected to create an informative poster with general information about the culture they chose and detailed information about the art of the culture.
In addition, they were required to create a piece (theoretically using the coil method, but I was pretty lax on that) that was representational of the ceramic work of the culture. This could be interpreted loosely as I was willing to have kids create pieces that were extremely similar to ancient pieces or to create a more unique piece that used similar techniques and methods.
On the posters, each student included a description of how they created their piece and how it relates to their culture. These descriptions have been my favorite part of grading the project. Even though I watched them go through the whole process, my high school students can be painfully quiet so it was interesting to read what they were thinking about when they created their pieces. Some were way more thorough then you would realize at first glance! 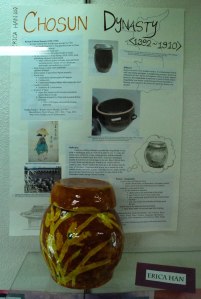 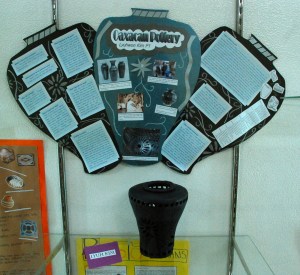 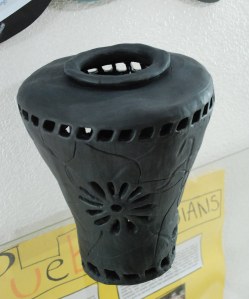 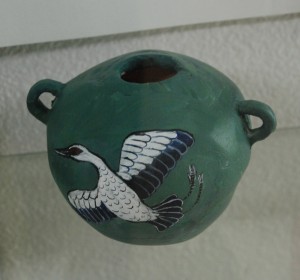 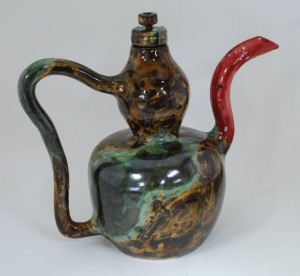 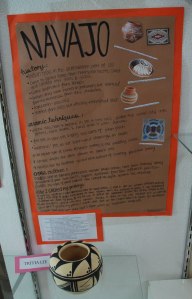 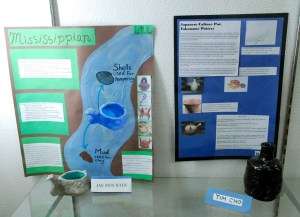 Mississipian Pot (this is the pot with the shells in it!) 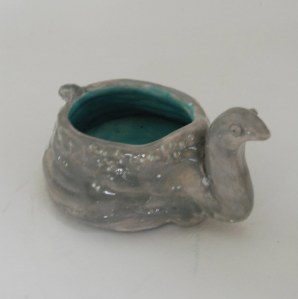 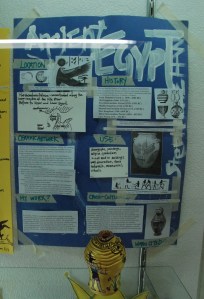 And for the full effect of the display….
I have 4 cases in the basement of our school outside of the cafeteria. I wish they were in a more traffic heavy location, but I’ll take what I can get!