August 7, 2011June 5, 2014 • Caitlin
Up until this weekend we have not really had time as we have been busy settling in and working in our classrooms getting things ready for school to start, which is tomorrow. But in order to give ourselves a break and try to start a tradition of heading out once a weekend to see a little piece of Seoul every weekend we headed to Gyeongbokgung palace. We had seen the palace on a brief tour but had not gone in until Saturday. We paid the ₩3000 entrance along with additional ₩3000 for the head sets. We took the 60min tour of the grounds which helped explain what all the buildings were and their use. The palace itself is not very old as it was rebuilt in 1865 as it had been destroyed prior to that, however the original was quite old. Rather than try to regurgitate everything that the little headset said, I will let the pictures and a short tag explain the rest.
The entrance with a ceremonial guard.

There was a changing of the guard every few hours. We got to see them change to the sound of a drum and a conch horn.

The bottom of the overhangs were probably the coolest part as they were painted with bright colors and intricate patterns. 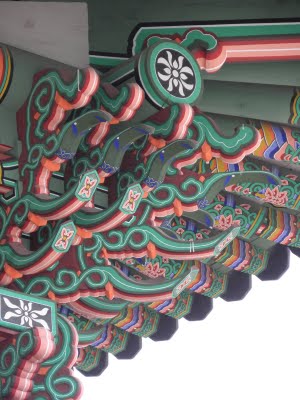 The guy up top who played the conch horn.

Another overhang. You can see that they had little cast figures on top as well. 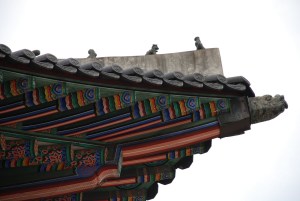 After passing through the main gate there was another gate that you had to pass through.

The doors looking into the second court yard. 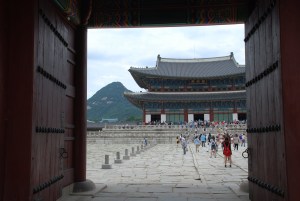 Caitlin posing in the inner courtyard. The middle row behind Caitlin was reserved for the king. 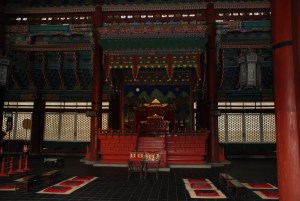 Side view of the throne. 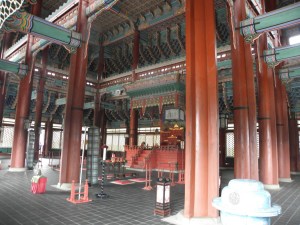 The ceiling of the throne room. 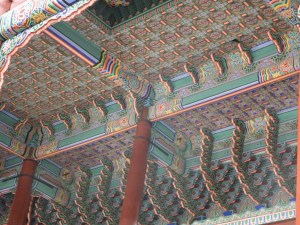 The side of the throne room. We couldn’t get enough pictures to capture all the details. 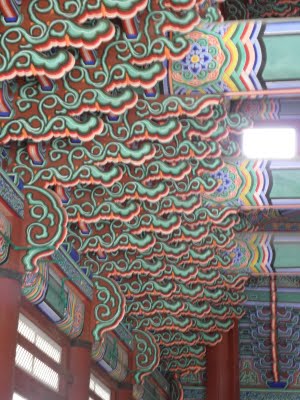 The king’s bedroom was behind the throne room. Very simple, based on Confucius ideology of lack of clutter. 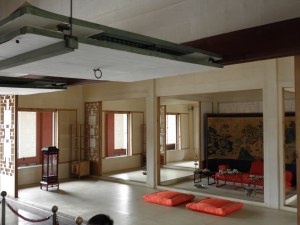 The king’s bedroom’s ceiling. The only busy part of the room. 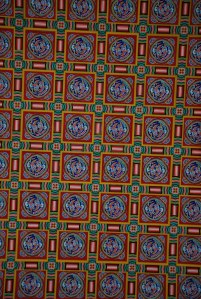 Caitlin outside of the king’s quarters, posing with the digital SLR the school gave her for her art class. She figured it would be a good chance to figure it out before having to show her students how to use it.

A complex sundial designed to determine, time, season and when planting, harvest times are. 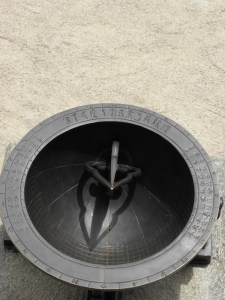 The king’s academy where science research was done for him.

I’m big in Korea. Ok so this is the only doorway like this but I had to take advantage of it.