August 4, 2011June 5, 2014 • Caitlin
We are currently behind in our posts from this summer as we took large numbers of pictures and tried to pack in as much as possible. So please forgive the fact that there will be posts out of chronological order. While we were in California we spent a day in San Francisco with Sara. We headed in and had a great pizza dinner with Sara by her apartment. The following day she had to head to work and we tooled around the city. Since it had been a while since both of us had spent time in San Francisco, we decided to do some touristy things that we had not done before. We started out by riding a street car, something I have always meant to do but have never been willing to wait in the line for it. After which we rented a tandem bike and biked across the Golden Gate Bridge. We were slightly worried about how it would work out but it didn’t seem to hard when I was in the front except for when Caitlin didn’t pedal. She gave some excuse along the lines of “You pedal too fast so I just took my feet of the pedals”. From the bridge ‘we’ biked to Sausalito where we grabbed ice cream and meandered through the little streets and look into the stores. Rather than bike all the way back we chose to take the ferry back to Fishermans wharf. From there we headed to Swan’s Oyster Depot, an oyster bar Sara had recommended to us. The oysters were awesome, I even convinced Caitlin to try one and to her surprise she really liked them and ate half of the first plate, requiring we order another plate, she ate half of those as well. After getting our appetite started with oysters we went back to Menlo Park and had a great dinner of salmon with family.
Necessary picture in front of the full house, house. 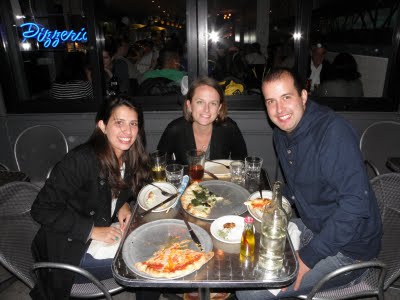 In front of the trolley car. 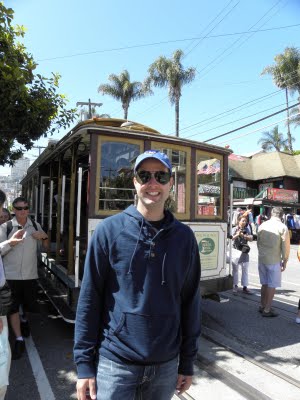 In front of the Alcatraz on the tandem bike.

Short break in front of the bridge.

Another break in front of the Golden Gate Bridge. 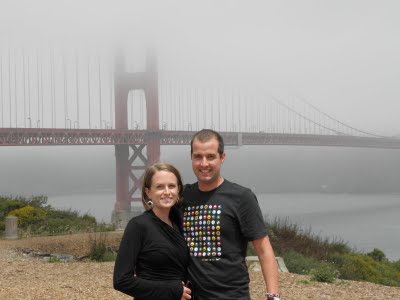 Caitlin on the bridge. 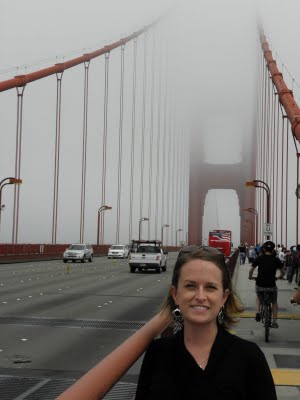 View from the ferry.

Another view from the ferry.

Swan’s Oyster Depot. It is a fish market primarily but man do they serve some good oysters.

Us enjoying the food and beer.

Well worth the wait. 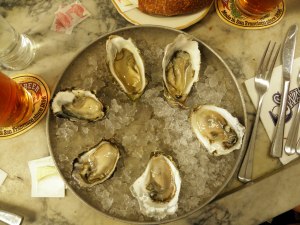