August 20, 2010June 5, 2014 • Caitlin
While we were in La Paz, we took a day trip to some pre-Colombian ruins outside of the of the city. The Tiwanaku people lived in the highlands on the Bolivian side of Lake Titicaca before the Incas even existed. Eventually there were several drought years in a row and the culture decided to move, but there was a bit of a disagreement about where to go next. Part of the group moved into the Bolivian jungle, while the other part moved into Peru and formed the Inca Empire.
The ruins at Tiwanaku weren’t the most impressive we’d ever seen (or would see with Machu Picchu only a week away), but it was neat to hear the history behind this pre-Colombian culture. In fact, it turned out to be an excellent precursor to all the Inca ruins we were about to see since nearly every tour guide we had in Peru mentioned the Tiwanaku culture and their influence in Peru.
A map of the Tiwanaku ruins 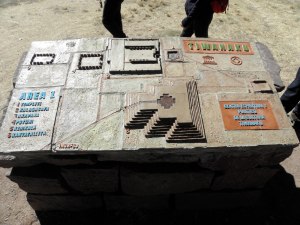 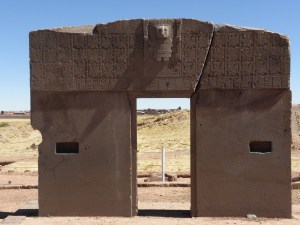 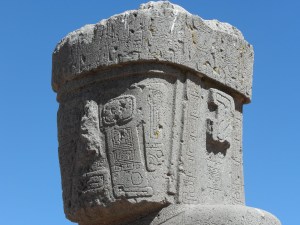 Everything at Tiwanaku was lined up with the solstices, kind of like a giant solar calendar. 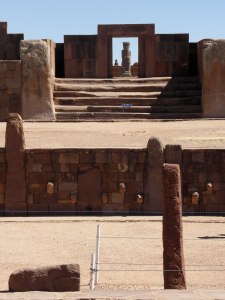 One basement room had all these carved heads sticking out of the walls (there was a reason for this, but I quickly forgot every historical piece of information we learned on this trip so maybe Alex will fill in some details in the comments section…) 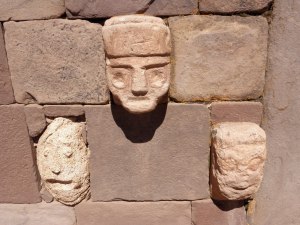 One thought on “Tiwanaku”