The last post from Egypt, a little late but ahead of my usual schedule.

Following the cruise we headed to Abu Simbel to see the giant Rameses statues for a day.  W then spent a couple of days in Aswan taking in the sites of the market and Philea Temple, located on an island in the middle of the Nile.

Abu Simbel was a bit of a drive and we found out afterwards that we could have flown, but it was fun to drive through a complete desert with very little in it. We got an idea of what a mirage looks like. Apparently they exist beyond the Looney Toons of my youth. It was also eye opening as we drove through that at the random communication towers there are people who guard/monitor them and rely on passing cars to provide them water. I can’t imagine having to hope that a driver will stop to provide the water you need to cook and drink.

At Abu Simbel we visited the large Ramses that was moved due to the creation of the High Dam and the flooding of Lake Nasser. The temples themselves were impressive but so was the process by which they moved them piece by piece and then rebuilt them. We also decided to go to a light show at the temple as we hadn’t gotten around to going to one yet. It was kind of cheesy, but also kind of cool to see the statues all lit up. At Abu Simbel we stayed at a Nubian style hotel. The hotel was built from mud and had rounded domes in each room to keep it cool enough in the summer heat. Aside from the temple there wasn’t much else in Abu Simbel and the town is tiny so we headed back to Aswan the following day. I kind of wanted to go to Sudan as we were right on the border, but aside from saying we had gone there wasn’t a point on this trip. I did learn that there are more ruins and pyramids in Sudan as well, which makes sense when you think about the history of upper and lower Egypt being combined into one empire.

In Aswan we walked through the market, which felt a little bit more commercial than I had expected, but was worth a chance to get out and explore. The highlights were Philea temple and visiting the Animalia Museum (a one man museum). After being underwater for years, Philea temple was moved onto higher ground to prevent it being completely submerged. Old photographs of the temple show it surrounded by water. It was still cool because of its location, but after having been to so many larger or more detailed temples we realized we were starting to get templed out.

The Animalia museum was cool because we got a chance to learn about the history of the Nubians in modern Egyptian history, it sounded a lot like the Native Americans in the United States. They were forced off their land in the name of progress and were given little to no compensation for their loss of land. The information was delivered in one of the best ways, which was via the Nubian guide/owner/founder of the museum. He was able to share the historic events and tie the cultural components into the explanations. It was all that much more poignant because the museum was in the middle of the Nubian village which was in the shadow of a massive Movenpick hotel that had built a wall between itself and the village. The hotel was very clearly trying to separate itself from the people who had lived on the island prior to the business’s arrival. 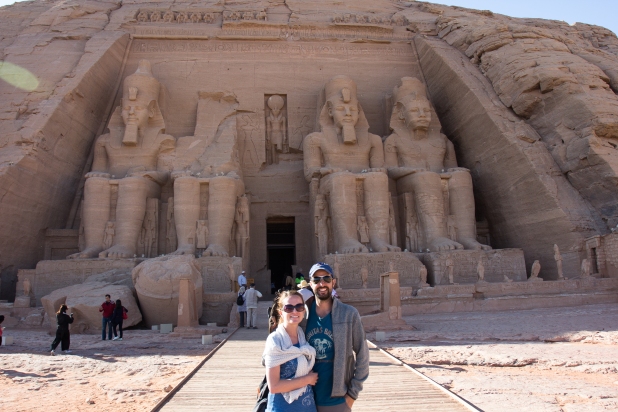 One of the two temples 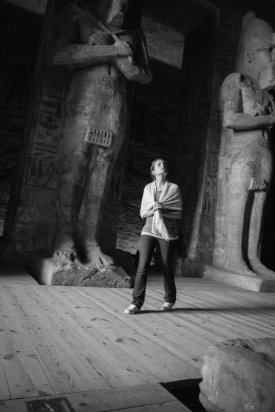 Inside one of the temples.

Size comparison, this is the top of one of the Ramses that had fallen. You can see the ear if you look carefully.

Another view of the Ramses, with his wife under his leg.

More pictures of the Ramses 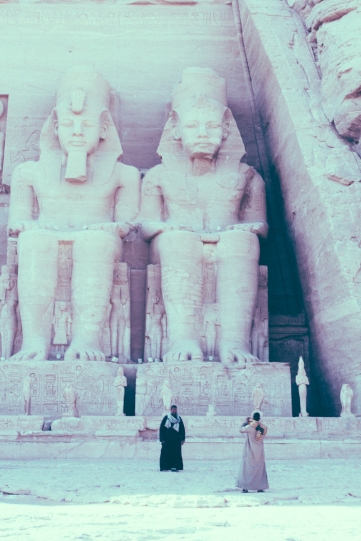 I wasn’t the only one snapping lots of pictures.

Looking up at the second temple. You can see the depth of the hieroglyphs. 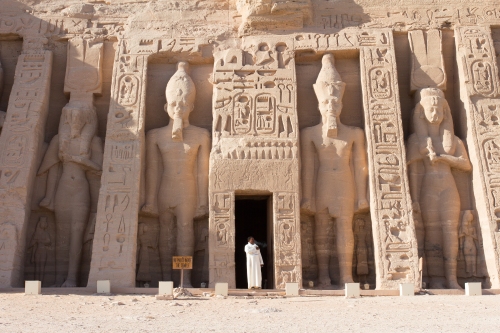 The guard having a smoke break in front of Nefertari Temple.

Way too many pictures of Ramses.

The view from our hotel.

The Nubian Hotel in Abu Simbel 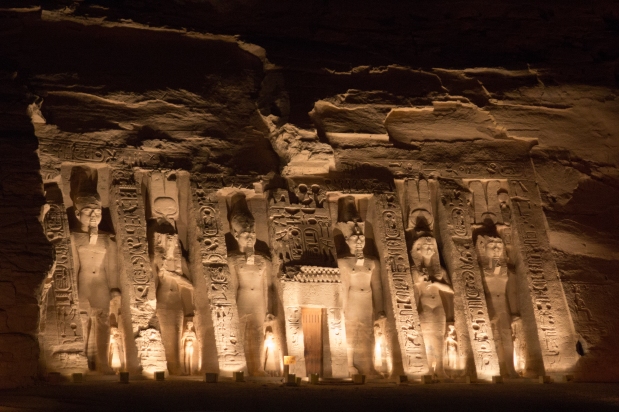 Temple lit up at night. 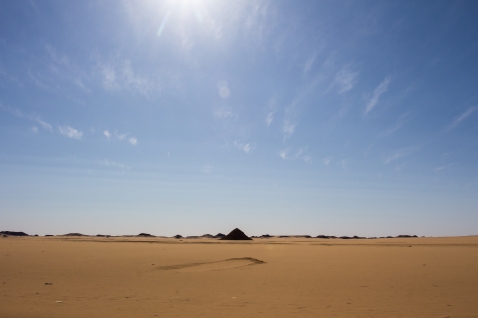 Middle of nowhere Egypt on our way to Abu Simbel.

The roof of Philea Temple. 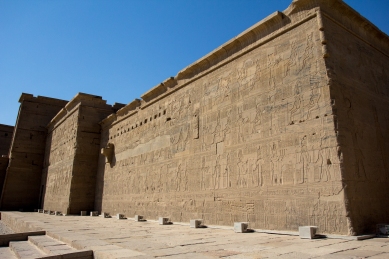 One of the walls with massive amounts of hieroglyphs. 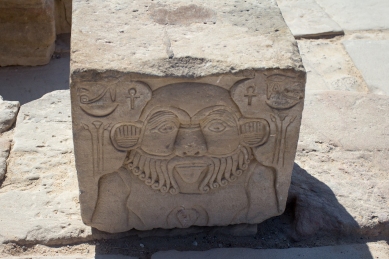 A carving at Philea temple that didn’t seem to fit. 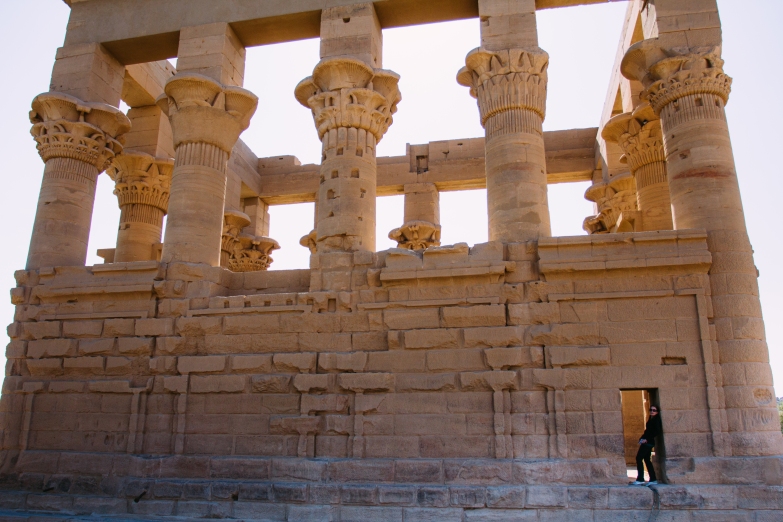 The view from our boat on the way back from Philea temple.

The columns at Philea temple.

A felucca as the sun set.