One of the big reasons we came to Yogyakarta was to visit Borobudur. As frequent readers of this blog will know we are a ruins junkies. As Caitlin is teaching Art History and I am teaching World History, any time something comes up in both books it is a must see. This means that a huge list has been compiled and extensive future travel is foreseeable. We organized a driver to take us to Borobudur and as is frequently the case with ruins they tell you it is best to see them at sunrise. We then had the option of paying more to be on the temple for sunrise or to be up on a hill so we could see the temple as the sun hit it and the morning mist rose. We opted for the temple as the women organizing our driver mentioned there has been a lot of smoke/fog preventing good visibility this time of the year. Which was unfortunate as the views our friend Mark got of the temple were impressive. So while we lost the chance to see the whole temple at sunrise the trade off of tranquility and ethereal feel was well worth it. I mention this as I broke the promise of giving Caitlin a relaxing not overly active vacation, this promise was made in the wake of the Tanzania flight planning fiasco were we got back the night before we had to teach again. So hopefully with a couple more ‘worthy’ experiences I can once again maximize our vacations.

The temple itself is the biggest Buddhist temple in the world and has around 500 hundred carved panels that run along its walls telling Buddhist stories. Roughly 300 are identified while the others are still not known. The temple itself is in the shape of a buddhist mandala representing the universe. It has been rebuilt numerous times due to the seismic activity of Java and the fact that they didn’t use mortar to put it together. As you can look up any other relevant historical information you crave I’ll post the pictures and tell the other random tidbits along the way.

The mist coming off the land was amazing A rare moment without people.

Well worth the 3am wake up. 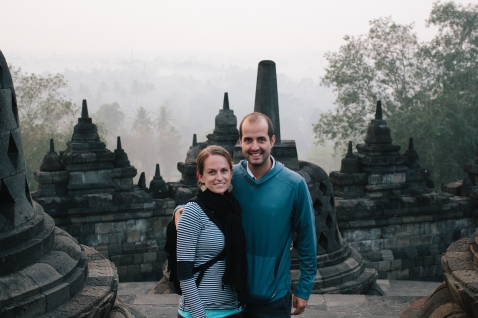 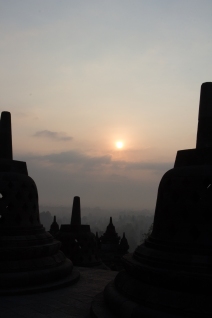 Didn’t get the full effect because of the mist/smoke. 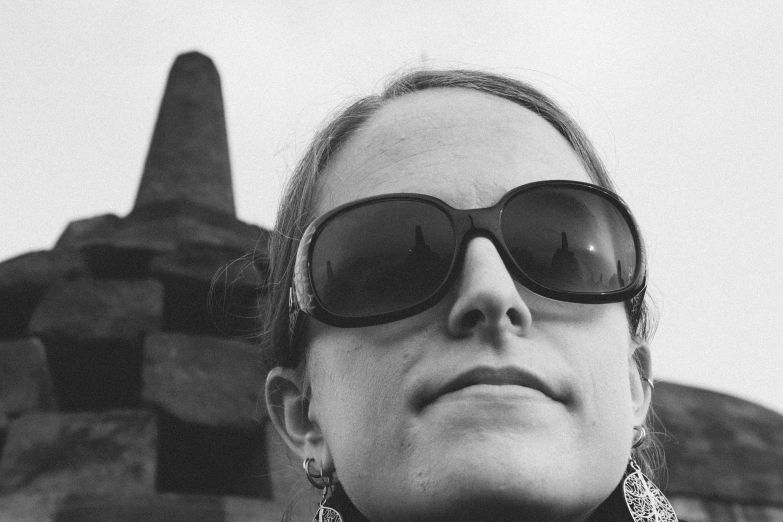 One of the buddhas uncovered. 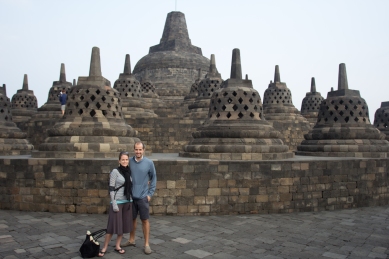 Not all of the Buddhas were intact.

Each level had carvings on both sides.

The carvings were incredibly detailed and deep. 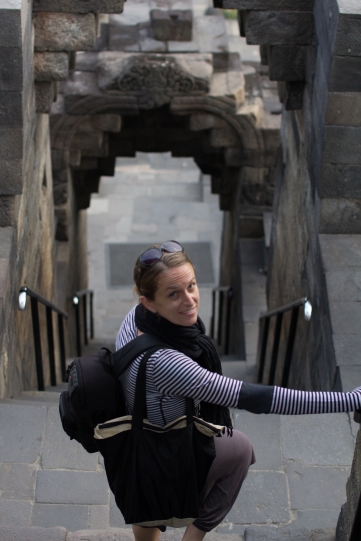 Every good vacation has lots of stairs.

One of the many buddhas looking out.

Caitlin on a buddha 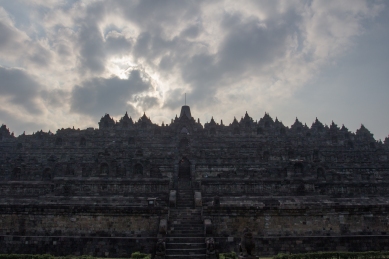 I couldn’t get it all in the frame. 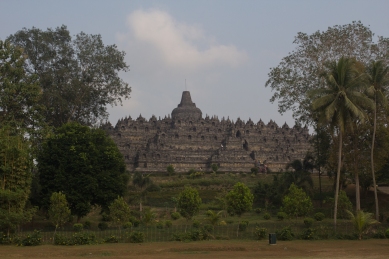 The view as we came down. 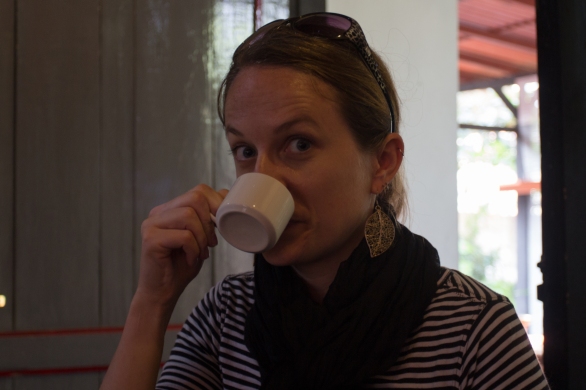 Stopped for some Luwak coffee on the way back to town.

One of the poppers.