To finish up 2011 I figured a few dives were in order. This has been the longest streak of not diving since I began the addiction/hobby. As luck would have it I went diving the 30th and 31st. This was not the first time I finished up the year with dives the only difference this time was that Dave was not with me. So in his honor I figured I would try to take as many pictures as possible and also to focus on the things that he would have paid attention to. So I’ll let the pictures tell the story. (I’ve also included stuff that I focused on too.)

Razor fish. Literally so thin the disappear when they change directions. I thought I had the bends as I was trying to photograph these guys when they disappeared off the view finder of the camera. 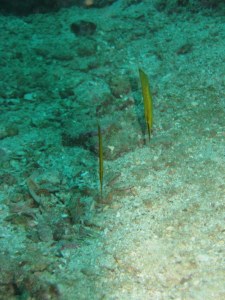 My divemaster Serg was taking pictures as we dove. First time this has been the case. He was pretty stoked that I knew what I was doing and that he only had to worry about me since no one else had signed up. Part of me wondered if he was more of a dive buddy versus divemaster on a few of these dives. Needless to say he pointed out crazy cool stuff. Me infront of the wreck. 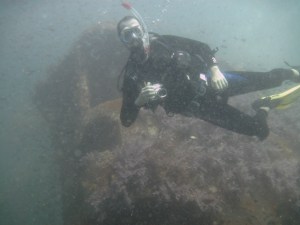 Hanging on to the rope. There was a bit of a current. 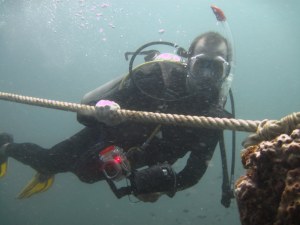 One of many nudy branches. These are for you Dave. 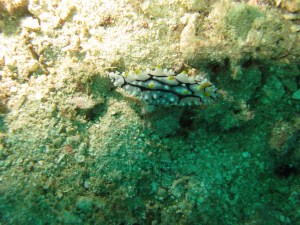 Ghost Pipe fish. This was taken by Serg. I had to include a few of his awesome pictures. 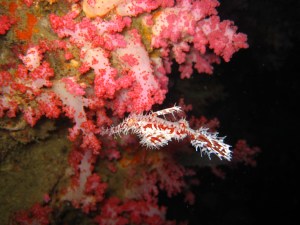 Sweetlips. Thats the name of the fish. 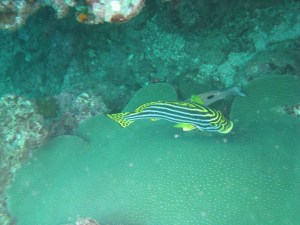 Another Nudy Branch for you Dave. Pretty proud of this picture. 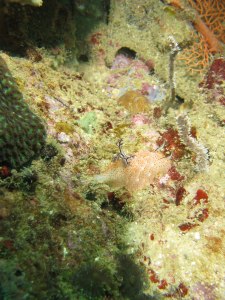 Found him, another picture stolen from Serg. 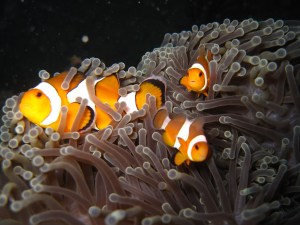 Nemo didn’t photograph so well for me. I need a little bit more practice diving I think. 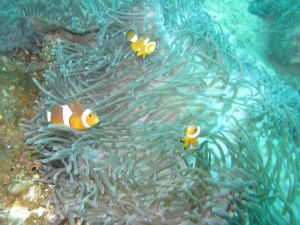 Peacock Mantis Shrimp. Totally geeked out when we spotted one of these sitting completely out in the open. 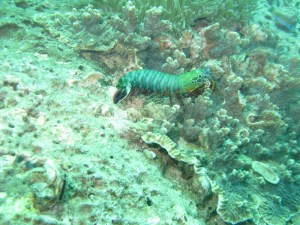 From behind to see the bright colors. 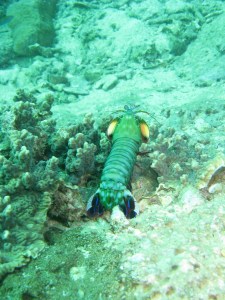 Another Nudy Branch. For those of you who don’t know Nudy Branches are ocean slugs. They are far better looking than land slugs. 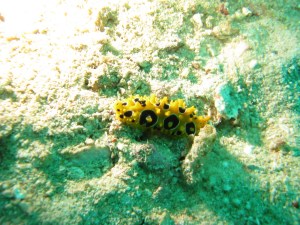 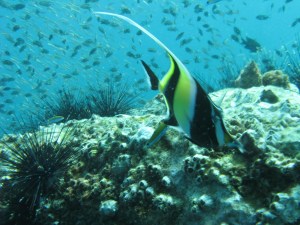 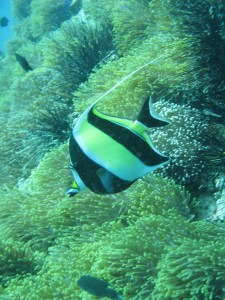 A picture of all the soft Coral. A lot different then stuff I’ve seen before. 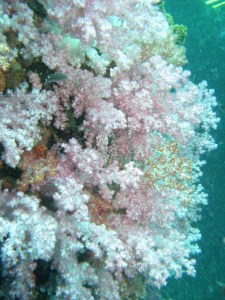 Me trying to take a picture of the turtle. 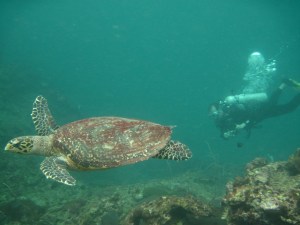 Another picture of the soft coral. It was really stunning. At points everything was covered in it. 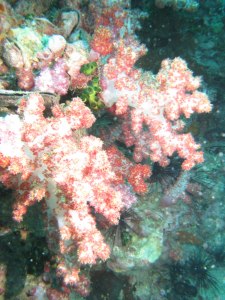 One of the largest differences with diving in Thailand and the Caribbean was the large schools of fish that swam around us. 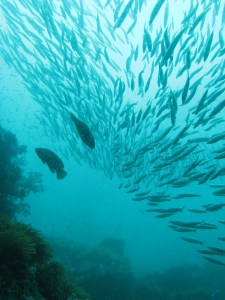 There were also huge fields of anemones. They created a cool landscape. 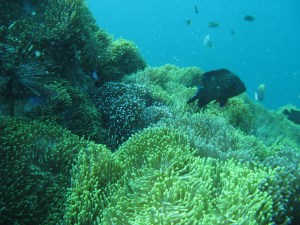 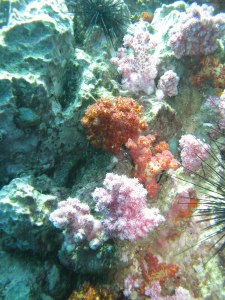 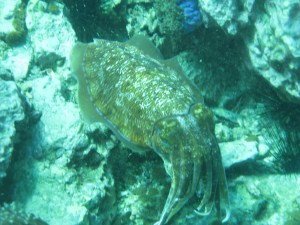 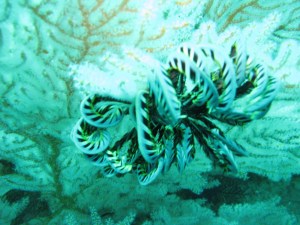 More Coral. I got a little carried away. It also let me get back into the swing of things with the flash. 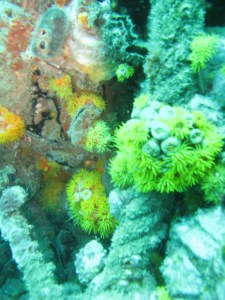 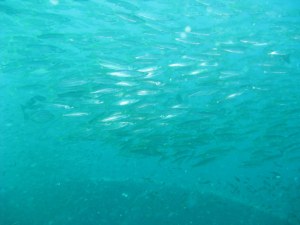 An upclose picture of the school of fish. They were this close at times. This is with no zoom.

School of fish swimming over the coral. 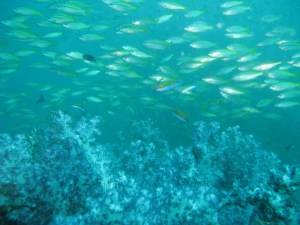 A Cobia Fish. These guys live alongside Whale Sharks. This one was about 4-5ft. long which means the Whale Shark he was with is huge. Unfortunately we weren’t lucky enough to find his companion. We came across a couple of Black tipped reef sharks but I couldn’t snap a picture of them. I’ll have to try my luck diving next New Years eve to see another Whale Shark I guess. 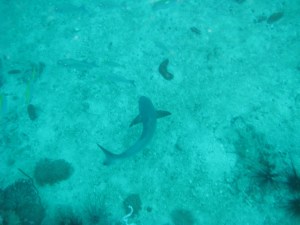