This past Friday we took advantage of a military tattoo that was happening in Red Square. I had never realized that military bands came together for performances. The event was a bit like the Drum and Bugle core concerts that I attended when I was younger. The major difference was that these bands were coming from all over the world.

The event was held in Red Square where they had put up temporary seating. The bands came out one at a time and each one seemed to have a unique aspect that set them apart from the others.  The Greeks had three members dance, the Scottish had bagpipes and dancers that were driven onto the performance floor.  Kazakhstan upped the anti though when they came on playing the Game of Thrones theme song and then had a guy and girl rap. The Italians had more instruments than I knew existed. You get the picture… The best group however was the Russian military music school. Their music was the best along with their choreography and they provided the most surreal moment when they played Pink Floyd. It was pretty funny when I realized I was sitting in Red Square listening to Pink Floyd performed by the Russian Military. Things I never could have come up with if I tried. 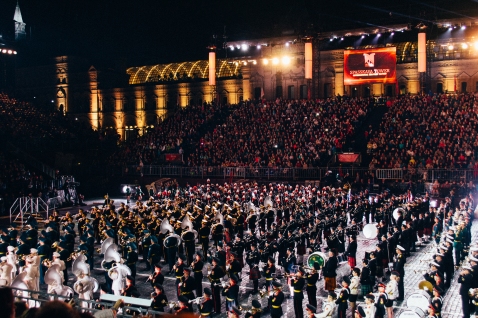 All the military bands at the end. You can see the bagpipes in the middle 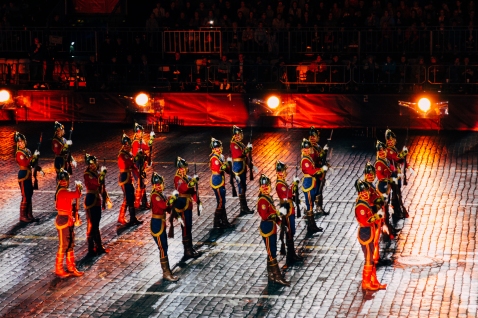 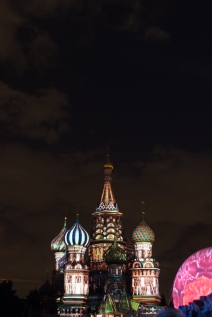 They were changing the lighting on the cathedral all night. 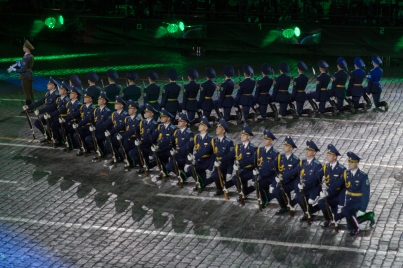 One of the various Russian groups. 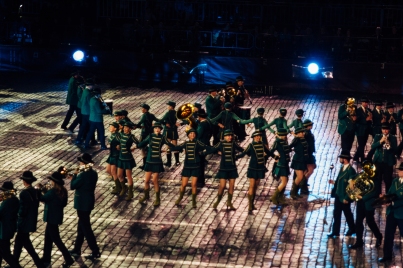 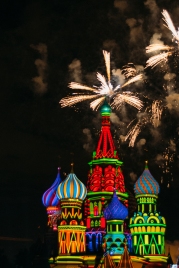 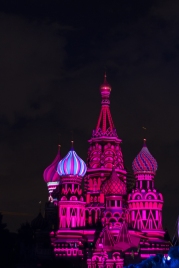 The Red Square lit up all Red
Advertisement