This post has been a long time coming. This past December we went to the Amazon with Lauren and Ethan and stayed at a lodge along the river. Caitlin already posted the pictures of the river and Laguna Grande. It was my job to post the pictures of the cool animals and plants that we saw. I was remiss on my duties. So I have finally gotten around to posting. The amount of animals we saw was amazing. We were aware that it if often times hard to spot wildlife because of the dense vegetation. But we quickly learned that someone in out group was lucky and that traveling along the river allowed you to see a lot more because the canopy was a little less dense. The trip as a whole was amazing but it got better with every river bend we rounded. Our guide kept putting point values on everything we saw. But it got to a point that even our guide couldn’t believe our luck. By then end he said the only thing left to see was a jaguar. Unfortunately we did not get to see one of those but at no point was I disappointed. So I will let you judge the pictures for yourselves.

A Baby Anaconda that we saw on the first boat trip. You can tell it was a baby because its only about 6ft long. Right by the branch you can see the bulge of some recently eaten animal. 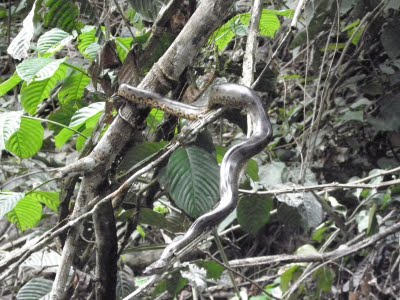 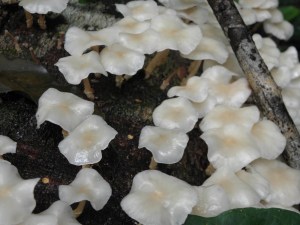 Don’t even know what this thing was. But it looked cool. 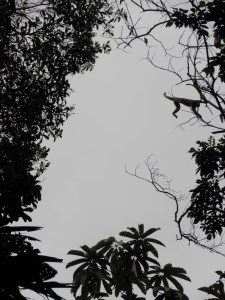 We saw the spider monkeys a couple of times.

We got a chance to go fishing for piranhas and Lauren was the first one to catch one. 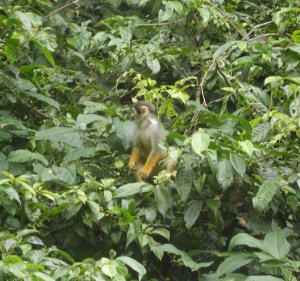 Black headed parrot that we sat above us during lunch. Not the right season for parrots but cool to manage to see one.

Hoatzin also known as the stink bird because they smell bad. We were not close enough to smell them. Click on the picture to enlarge it as they have a cool looking crest. 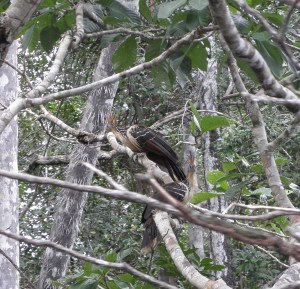 A black headed snake, the boat driver took us right underneath it to get a better look.

We managed to see river dolphins as well but unfortunately they did not cooperate with the camera. We were also told that there used to be manatess in the rivers, but they were near extinction because of boat traffic. 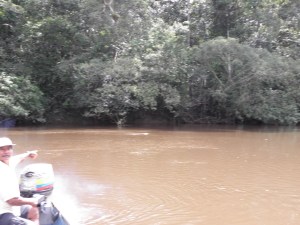 Last but not least we saw a sloth. Not only was he moving but he was eating. Much cooler than the last time we saw sloths in the wild. Man do they move slow. 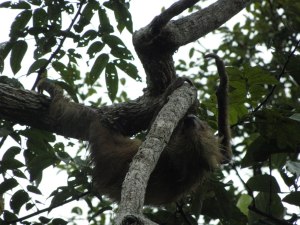