August 29, 2007June 5, 2014 • Caitlin
As a welcome to the new school year a party called “wine and cheese” is thrown the last day before the students show up. The high school gym was decorated with different stands of food and drinks, a traditional band was playing and we even had dancers and performers on stilts! Here are some pictures so you can see what it was like:) 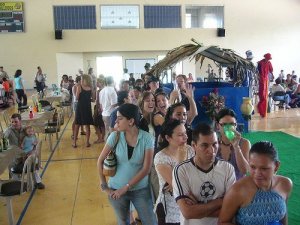 Believe it or not, this is the line for the food! Four different kinds of meat were served…chicken, steak, pork, and sausage. 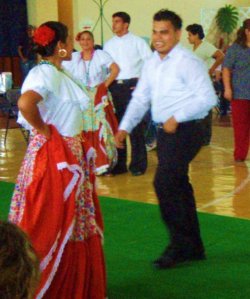 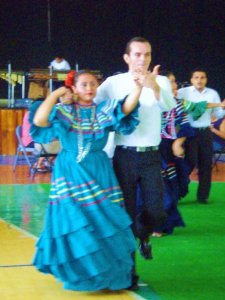 Dancers with the band in the background. 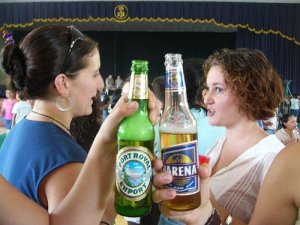 What would a party be without some beers?! Port Royal and Barena are both very popular Honduran beers. Port Royal is known as the businessman’s drink while Barena is what people drink to cool off on the beach!

Jesse’s almost as tall as the woman on stilts! …and just a little bit taller than Sarah:)
The white and blue outfit is the design of the Honduran flag.

One thought on “Wine and Cheese!”